Today, March 24th is recognised globally as a day for promoting awareness and work towards the eradication of Tuberculosis. This day collaborates the discovery of the bacteria that causes tuberculosis (TB) called Mycobacterium tuberculosis. The theme for 2014 is “Reach the three million: A TB test, treatment and cure for all”. The number represents an estimate of the number of new active TB cases annually that are left untreated by the healthcare systems. This is a global call for all to reach out to the people that do not have access to the health care which include the world’s poorest, most vulnerable communities and includes groups such as migrants, miners, drug users and sex workers. TB is curable; let us therefore continue to create awareness on the treatment of this scourge. There is an urgent need to invest in technological research and development of new tools (diagnosis, drugs and vaccines) to reach more people and prevent them from the devastating effect of TB.  This can contribute towards achieving the Millennium Development Goal of totally eradicating TB within the next two decades.

Facts of TB Disease: The following are some facts of TB infection:
Ø  TB affects One third of the world’s population.
Ø  About 9 million people get sick annually from TB.
Ø  Mycobacterium tuberculosis can stay alive in the air for a few hours especially in rooms with no fresh air
Ø  Bacillus Calmette-Guerin (BCG) vaccine is given at birth to newborns in high-risk countries to prevent TB and prevent active TB in childhood but not effective in adults.
Ø  It is a deadly disease with almost 2 million associated deaths each year and about 4,000 deaths daily.
Ø  In 2011, there were about 8.7 million TB cases; 1.4 million deaths around the world including about 430,000 who were HIV +
Ø  TB is the leading cause of opportunities infection death associated with HIV.
Ø  One active TB disease can infect at least 15 people.
Ø  The campaign for this year is aimed at zero TB deaths, infections, suffering and stigma. 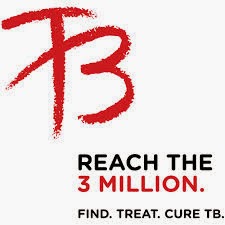 Symptoms of TB Disease: At the latent stage of TB there are no symptoms and it cannot infect anyone but at the active state it can be infectious and have the following symptoms: unexplained weight loss, feeling sick, abnormal x-ray results, night sweats, fever, coughing lasting up to 2-3 weeks.

Treatment: TB is treated with medication for at least 6 months taken exactly as directed by the medical practitioner to prevent drug resistance. Multi-Drug Resistant TB has been identified and has been recognized as a growing concern in Africa, Asia, Europe and Latin America.

Let us all join the global community to find, treat and cure all people with TB and increase the progress being made towards zero death, infections and stigmas. There are available tests to detect active and latent TB, get screened today.

Posted by enpactsolutions at 2:58 PM No comments: